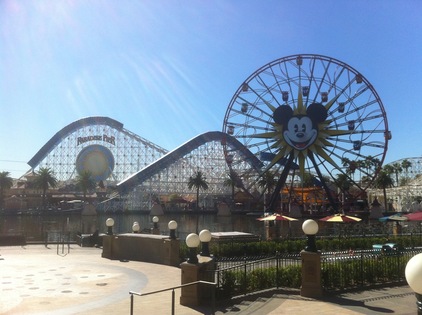 By 2012, achieve 50% of our long-term goal of zero net direct greenhouse gas emissions through a combination of reductions, efficiencies, and offsets

Our approach to mitigating greenhouse gas emissions includes long-term goals for both direct and indirect emissions. While we have different medium-term targets for these two types of emissions, they both drive programs that reduce greenhouse gas emissions. Our strategy for meeting these goals follows the hierarchy of avoiding emissions, reducing emissions through efficiencies, replacing high-carbon fuels with low-carbon alternatives, and then using high-quality offsets for our remaining direct emissions.

Disney has pursued energy efficiency upgrades and programs for a long time. Energy efficiency projects offer opportunities for financial savings in addition to environmental benefits. In 2008, we established a corporate goal of reducing electricity consumption in existing assets by 10% by 2013 over a 2006 baseline. This target has driven the installation of energy upgrades and the development of energy efficiency policies and programs. As a result, Disney assets, from 2007 to 20121 have saved a cumulative total of 647 million kilowatt-hours relative to 2006. In 2012 we decreased electricity use by 10.04% compared to 2006. The bulk of these savings, about 521 million kilowatt-hours, occurred after the corporate goal was published in 2009. These cumulative savings are greater than the combined annual electricity consumption of Disneyland Resort in California, Disneyland Paris, and Hong Kong Disneyland.

In terms of indirect emissions, from 2007 to 2012, our energy efficiency portfolio of projects resulted in cumulative savings of 280,000 metric tons of carbon dioxide equivalents relative to 20062, or 226,000 metric tons over 2009 to 2012. These savings were achieved through a variety of projects at various locations spanning resorts, attractions and office buildings at various assets around the world. For example, variable frequency drives were installed on air handling units and attraction pumping systems at multiple locations throughout our theme parks. Thermostat and logic modifications were made at the Pop Century Resort and All Star Resort at Walt Disney World, the Sequoia Resort at Disneyland Paris, and Disneyland Hotel at Disneyland. New heat pumps were installed at the Hollywood Hotel in Hong Kong Disneyland, and the compressor plants at Disneyland were automated to drive efficiency in operation. Lighting retrofits were made at many theme park and resort properties converting hotel, attraction, facility, and show lighting to more efficient high-intensity discharge lamps, CFL, and LED. Energy management system upgrades occurred at our U.S. theme parks and our offices in Burbank and London. Our data center facilities have also demonstrated energy savings through enhancements in hardware technology such as blade servers and virtual servers, as well as by implementing airflow management strategies to improve the efficiency and effectiveness of data center air conditioning systems. 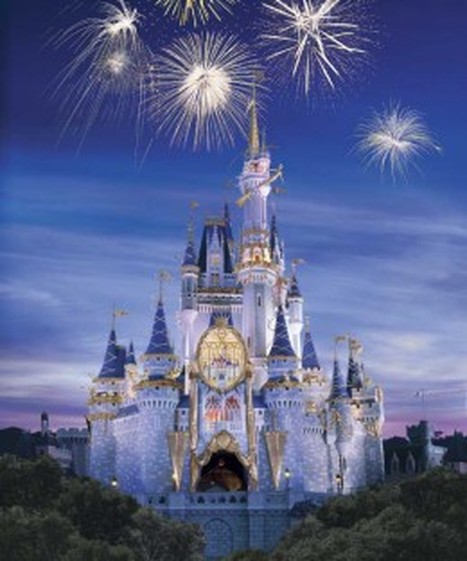 If you are the owner of a business----any size business----you have certainly thought about the following question: What makes a strong business? In difficult economic times, companies that have appeared stable for years may suddenly go out of business. Therefore, organizations that remain financially secure and prosperous over the years command the attention of the world. One of these companies is the Walt Disney Company, which Walt Disney founded in the early 1920s. This organization prospered throughout the twentieth century, and today it continues to grow and prosper in spite of recent economic downturns. A close look at the Walt Disney Company will reveal some of the ingredients that go into any successful business. Any business owner can use these principles to grown a business that will stand the test of time.

Business scholars have conducted numerous studies over the years regarding factors that go into the making of a successful business. Although conflicting answers have emerged in various studies, certain factors seem to characterize a successful business, a business that meets and exceeds its financial obligations and heads into the future adapting to changes and flourishing in the process. Certain financial benchmarks also present evidence that a business is setting realistic goals and meeting, or possibly exceeding, those goals. When that kind of business success occurs year after year, the organization develops a reputation for meeting the expectations and needs of its clients. It may even become a giant among companies. These attributes aptly describe the Walt Disney Company.

Success of the Walt Disney Company

A number of factors are responsible for the success of the Walt Disney Company, and all should be considered. However, certain ingredients were present from the beginning that provided the foundation on which this company rests. From the beginning of his company, Walt Disney founded his company with a strong mission statement and vision. The principles expressed in the mission statement and the vision guided all of the other decisions made by this company.

The Mission of the Walt Disney Company is to be one of the world’s leading producers and providers of entertainment and information. Using our portfolio of brands to differentiate our content, services and consumer products, we seek to develop the most creative, innovative and profitable entertainment experiences and related products in the world.

The Walt Disney Company carries out its Mission Statement quite effectively. As Apel (2007) succinctly stated, “Disney does it right.” He was referring to the Disney Company’s three-pronged approach of combining research of the market to find out how to best please its clients, considering who its clients are and making sure that all cultures are represented, and a long history of pleasing its patrons, the “Disney Way,” which has been effective for over fifty years. In other words, Disney combines research, client culture and preferences, and expertise to assure that the company fulfills the Disney Mission Statement, a statement that defines the Disney Company’s plan for today.

explain that the mission statement is the defining role for the company’s current business and purpose and an effective vision statement should align with venture growth of a company as measured by sales, profit, employment, and net worth.

A company’s Vision Statement defines an organization’s future goals. Thompson. emphasizes the importance of a company’s having a “well-conceived, forcefully communicated strategic vision,” and the Walt Disney Company’s vision fulfills that role.

An effective vision statement has seven essential characteristics. One characteristic is brevity. The statement should be between 11 and 22 words and directly point to a central goal, one that clients and employees can easily remember within a few minutes. Effective visions are challenging, inspiring employees to strive to reach a high, yet attainable goal, usually of national or international status for the company. A clear vision projects its goals into the future, and is stable. In other words, vision statements do not shift or change in the face of market trends or passing whims. The most effective visions inspire staff to set high goals and reach for these goals. The most effective visions affect both staff and the public.

Even though it is a little shorter than the 11 words recommended by Thompson, the Walt Disney Company Vision Statement meets the criteria of an effective vision statement: “To make people happy”. This statement is broad, but not too broad, and represents the overall goal and global direction of the business.